As I’m sure you’ve noticed, Jason has had a lot of GM-fun on our behalf lately. Fortunately, Jim is not one to let the lulz go un-reciprocated. See, Jim is a man who not only cosplays as Loki, but played a homebrewed “Shaman of Loki” in a Shadowrun campaign years before the MCU movies hit the mainstream. He is quite literally a Loki-hipster, with the personality to match, as I hope the following story will illustrate.

So I can’t remember if it made it into the writeup text or not, but at some point right before everyone stormed off to Humboldt, Bell pulled Anstis aside and told him in no uncertain terms that he wanted to be kept abreast of everything going on in the pirate’s life as part of his parole. Everything. Well, Anstis being Anstis–and Jim being Jim–he decided to take these instructions to the full meaning of the word.

Thus, secretly, during breaks in the action over the last few sessions, Anstis has been working on a report.

The first Jason heard of this was when he sat down at the start of our 10/8/15 session, when Jim presented the thing in all of its glory, and trolling-horror. To fully experience the lulz, I recommend listening to the audio clip (in a separate tab, probably) while scrolling through the accompanying pictures, and reading along with the report at the bottom as Jason reads it aloud.

Jason: “What is HAPPENING?!” 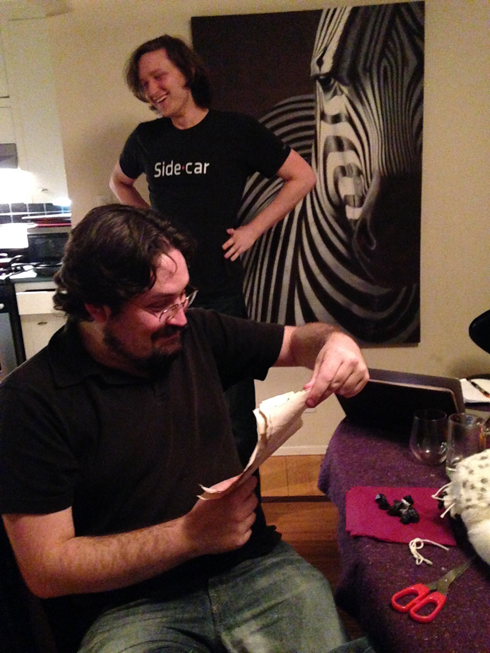 The Troll and his victim

It’s the details that make it Art.

Still-life for arts-sake, see below for high-res scans of the letter 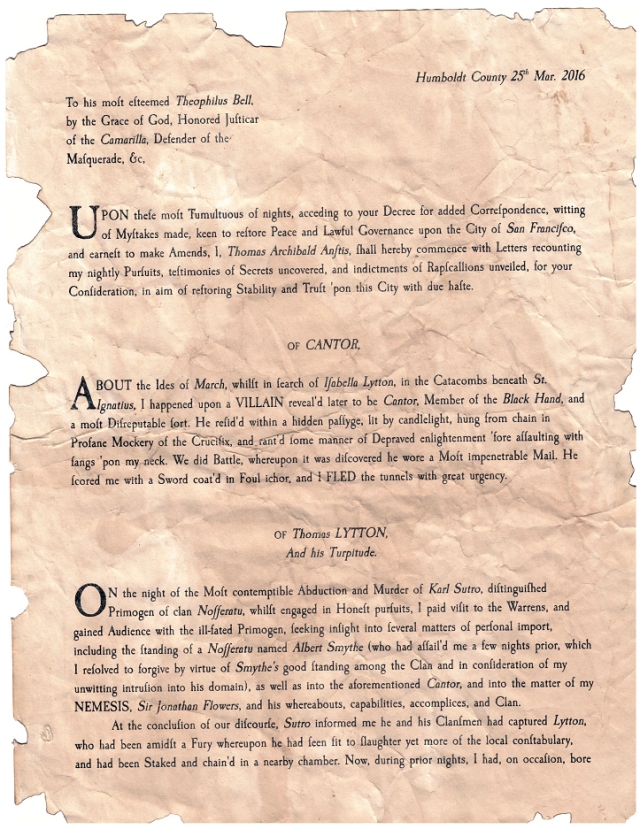 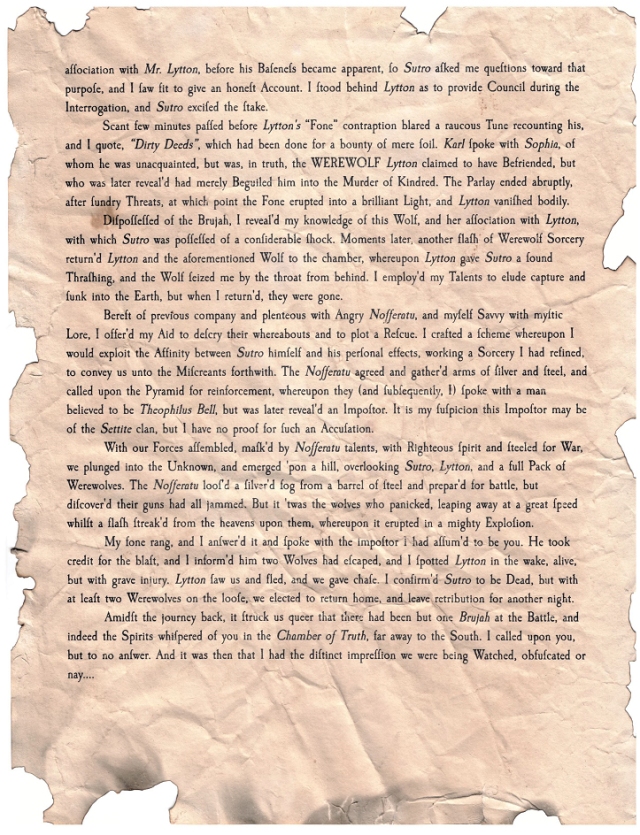